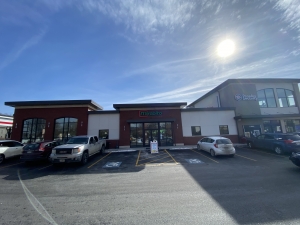 After the success of their 2020 project on South Washington Street in the City of Binghamton, local developers Pritchard Property Development came back to The Agency Board of Directors on Wendesday, July 20th, to request assistance to build off of their previous project. The sales tax exemption for the original 33 South Washington Street project was approved in 2020 and resulted in the renovation of the historic Number 5 Restaurant and its neighboring buildings as well as the construction of a new People's Security Bank and Mirabito Service Station & Cafe, the first of its kind. This project resulted in the creation of nine new positions with an average annual salary range of $40,000 to $60,000.

In addition to adding more local positions, this time now adding eight new positions in the $38,00 - $45,000 salary range, the new project presented by Pritchard Property Development on Wednesday will conclude the rennovations of the 33 S Washington Street Building, the former Number 5, transforming it into a first floor office space and retail location. The project also extends just down to the block to the adjacent set of buildings at 39 South Washington Street, which currently is home to a new small business, Common Soil Juicery. Upon completion of the project , Common Soil will be accompanied by a new health and wellness business on the second floor of the building. The revitalization and repurposing of these properties aligns with The Agency's mission to support the attraction and expansion of new and existing local businesses as well as revitalization of the region's urban cores. Stop by Mirabito Commons Cafe or Common Soil Juicery for a refreshing snack and watch the final stages of the project come together thanks to financial assistance from The Agency.