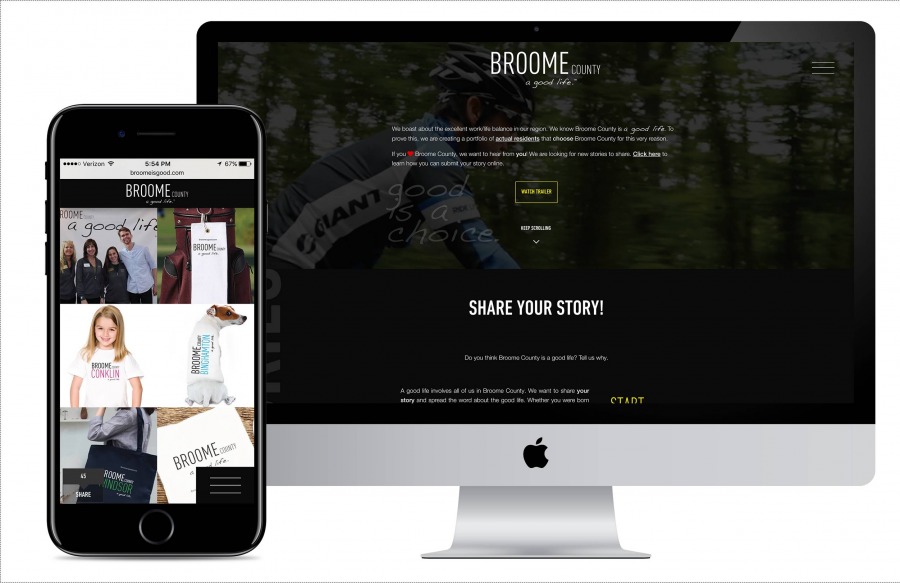 The Agency received the Large Project of the Year Award for the work done to secure the location of the 650,000 square foot Dick’s Sporting Goods Regional Distribution Center in the Broome Corporate Park.

Large Project of the Year is judged by projects that have a total investment of more than $15 million, total number of jobs created, innovation and overall economic impact in the community. The DSG, Inc. distribution center includes a total investment of more than $100 million and will create approximately 466 jobs over the next five years. The Agency worked with the company and several state agencies to put together a $30 million incentive package to move the project forward.

“It’s an honor to receive this award from my peers who understand the complexities of putting deals like this together,” said Kevin McLaughlin, executive director of The Agency. “The Stack family was very interested in coming back to Broome County, but it was our job to show that the project could work. All of the local partners and state agencies were tremendously enthusiastic about making this project a reality.”

The distribution center, which is on track to open in January 2018 will service more than 200 Dick’s Sporting Goods retail stores throughout the northeast. The company will begin to recruit key personnel to operate the facility and anticipates a large hiring effort in the fall.

The Agency also received top honors in Economic Development Marketing or "Best in Class” for their workforce and talent attraction website www.broomeisgood.com. The site was developed as part of The Agency’s economic development marketing strategy to promote Broome County as a place where individuals could find challenging work opportunities and an ideal quality of life. Judges for the economic development marketing awards are comprised of marketing and creative agencies from across the state.

“It is very exciting to see our work recognized by our colleagues and by professionals in marketing and web development,” said Stacey Duncan, deputy director for Community & Economic Development. “We know how important it is to attract and retain talented professionals and skilled workers and that there are thousands of stories of people finding their ideal work – life balance in Broome County. Broomeisgood.com is a great platform for us to connect those stories to others looking at Broome County as place to locate.

The website was developed as part of a broader marketing initiative, Broome County…a good life ™ which was developed in partnership with Hue Creative in Binghamton. The “good life” marketing strategy will lay the foundation for The Agency’s Broome Talent Task Force, a private-public partnership to identify current and long-term workforce and talent attraction needs in Broome County.

“It’s been a privilege to work with The Agency on developing a truly positive and impactful message about opportunity in Broome County,” said Camila Hoffman, creative director for Hue. “We moved to Broome from the City so that we could run our business and have a terrific life, and we’ve never looked back. I’m excited for more positive work with The Agency.”

The awards were presented to The Agency during the NYS EDC’s Annual Meeting held on May 24-26 in Cooperstown, NY.