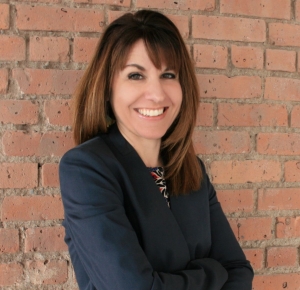 Board of Directors hold special meeting to make selection

Upon completion of a national search, the Board has selected Stacey Duncan, who currently serves as the organization’s deputy director for community and economic development. Duncan achieved certified Economic Development Finance Professional (EDFP) credentials in 2018 through the National Development Council.

“We believe Ms. Duncan has the vision, experience and leadership skills to successfully lead The Agency and help position Broome County for improved economic development,” said Board Chairman John Bernardo. “The skill sets and relationships Ms. Duncan has built over the years, combined with the goals and vision of The Agency, will make an excellent combination I am excited to see for Broome County.”

Duncan will replace Kevin McLaughlin, who announced plans to retire in June of this year. McLaughlin joined The Agency in 2013. During his tenure, McLaughlin worked on projects that included the Dick’s Sporting Goods Regional Distribution Center, Inc., 50 Front Street Apartments, Century Sunrise Redevelopment, and the Ansco Camera Factory redevelopment. He is also credited with rebranding the organization and expanding The Agency’s role in the community.

“Through my years of work with Stacey, I have seen her passion and commitment to Broome County, and have no doubt she will lead The Agency to continued success,” stated Kevin McLaughlin.

“I am honored and excited to be selected as the next Executive Director of The Agency,” said Duncan. “I have been part of an amazing team led by Kevin McLaughlin and our dynamic Board of Directors. I believe that Broome County’s economy is on the verge of a tremendous turnaround and that The Agency is well-positioned to attract significant new investment to the area. I look forward to working with our local, state and regional partners to do exciting things in the years ahead.”

Duncan is a graduate of St. Bonaventure University and a Broome County native. She lives in Endwell with her three children.